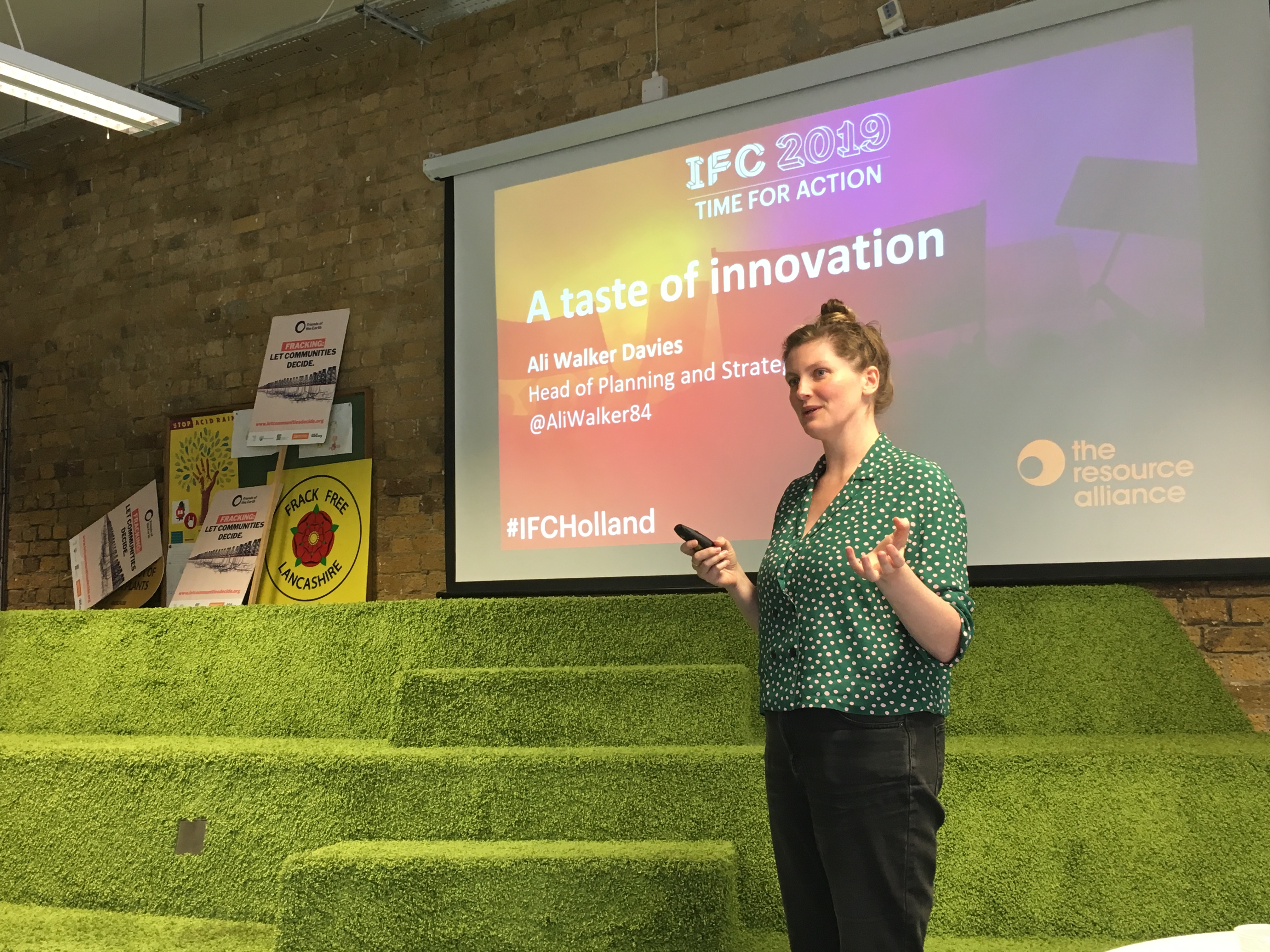 This article is based on a talk that Ali Walker-Davies (Head of Planning & Strategy, Open) gave at a taster event for the International Fundraising Congress (IFC).

I’ve been going to charity and digital conferences for the past 10 years and I find we’re all saying the same things about what’s holding us back with fundraising innovation. So my focus for this year is to identify those innovation challenges and work out how we smash those walls that are holding us back.

I was previously Head of Digital and Fundraising at Shelter, as well as working for English Heritage and the Tate, so have seen my fair share of innovation success (and failure).

In 2018, I was lucky enough to be selected to deliver a IFC masterclass, which are sessions taking an in-depth look at a particular topic. Last year, I ran a masterclass on fast-track fundraising innovation with tools from successful startups.

In this article, we’ll look at the same topic but squeeze it down and look ahead at what I’ll be speaking about at IFC this year, as the fundraising environment is constantly changing.

Why do charities innovate?

There are three really interesting facts about why charities need to innovate around fundraising.

Firstly, the CAF World Giving Index has shown that over the last 2 year charitable giving is down and there is less money on the table for charities. We want to raise more and do more good, but the global amount of income being given is down globally. The report does show that people are continuing to give their time and volunteer for causes, which is good, but the amount of donations is down.

Secondly, digital channels are changing quickly. Lots of charities are good at one or two channels that have been working for them and achieve incredible things. But when those channels stop working they don’t have a culture of innovation and find it difficult to prepare and respond.

Lastly, we’re finding that advertising is not working the way it used to, as people are getting savvy to advertising and switching off. The channels where we used to consume ads are not working, for example people aren’t watching TV as much so they’re not exposed to the ad breaks.

All of these issues do take a while to change. This is why influencers make so much money, but charities are being slow to respond to this which is another reason.

Millennials are the biggest givers of cash donations

So how do charities adapt to this change?

The Next Generation of UK Giving report from Blackbaud is my bible. Their report looks at how different generations of people are giving across generations.

Take millennials for example. You might think that millennials don’t give money, but according to the report they actually gave more cash to charities than any other generation.

Part of the reason for this is that millennials aren’t that young anymore. They’re turning 40 next year and have cash to give. But millennials also want to give more than just cash, they want to campaign and take part in events.

The report was exciting to me as it anticipates that millennials are actually going to give more over the next few years. But charities need to react to the tastes of millennials to capture this value – ask yourself, are you speaking to millennials on the right channels and the right way?

Reaching millennials means standing out online, but charities are prone to risk aversion. How can we get over those risk factors and reach those people that are ready to give?

So what does it look like when innovation in giving works? Here are just three examples of recent fundraising innovations.

First there’s Mindful Monsters, a monthly subscription product for Scope, who developed it with Open and Good innovation.

Scope came up with the insight that they wanted to be connected to parents, as they are a charity that works with children and should be able to reach parents.

Starting with audience research, they found that children are under increasing pressure and need to build resilience. Along with this, they identified the rise of subscription boxes, such as BirchBox.

Put these things together and you get Mindful Monsters, a monthly subscription service featuring a box of games and activities relating to creativity and mindfulness delivered to your door. Every month, part of the monthly subscription fee acts as your donation and goes to Scope to help them help children build resilience across the board.

The campaign has been so successful that other revenue opportunities have been created, such as offering customisable merchandise.

The second example of fundraising innovation is My Marathon by BHF.

We know that there are huge amounts being raised through challenge events, such as the London Marathon and Tough Mudder, but not everyone is going to run a marathon and crawl through miles of mud.

My Marathon is designed for people who won’t run in one go, but want a challenge to fit in with their lifestyle. My Marathon is where people aim to run a marathon over a whole month, over as many days as they like.

The best thing for BHF is that it’s a virtual marathon so you don’t have to have all the physical resources and can use digital challenges instead, offering downloads and online support for participants.

Diabetes UK have emulated this with their One Million Steps Challenge and the RSPCA are doing My Big Walkies (10,000 steps a day with your dog). So there are ways to adapt these and give people the flexibility to take part.

Lastly, looking at Rang Tan for Greenpeace, the animation and incredible story brought to life of an orangutan cast out of his home due to deforestation.

We were given a brief and worked with Mother to create the animation for Greenpeace, who wanted to raise awareness around deforestation with a new audience, as well as have a fundraising ask.

This is a much softer idea to engage with parents and children. In Iceland, they had cuddly toys you can get, but also schools were doing things of their initiative to take part.

Google search trends for “Palm Oil” have increased significantly since around the time the campaign was released, showing an increase in awareness of their e-campaign.

What’s holding us back?

A report into “Innovation Killers” from the Social Investment Consultancy found three key challenges for innovating in charities:

People think that these can all be saved with one thing: Money. If we can build a business case, then we get the money to buy more time, capacity and resource.

Ultimately this builds down to culture. If you charity’s culture is open to new ideas and willing to fund them, then you can have the time, capacity and resources to innovate.

We all know that the likes of Uber, Airbnb, Spotify and Monzo are great at innovation. But charities can innovate too. Indeed most charities started through innovation, where people spotted a new idea to help change the world.

How are we as charities harnessing the digital opportunities available to us? What can we do that’s more digitally embedded? How can we use digital to scale?

There’s no surefire success and ideas may fail, which is terrifying for charities who need to use funds as responsibly as possible.

What can you do about this now? Well, you can attend IFC 2019 to get further inspiration around the future of fundraising and beyond.

Ali Walker Davies is the Head of Planning & Strategy at Open.