At this year’s IFC, it was more apparent than ever that fundraisers across the globe are working hard to address the same fundamental questions. Have we got the fundraising model right and what needs to change to ensure fundraising is sustainable for the years ahead?

Yes, I hail from a little ol’ island to the north west of the European continent which is rather obsessed with its relationship with institutions from which it is about to become divorced. And it’s also a place that has endured significant, specific challenges to the fundraising environment in recent years, however there are challenges and hopefully solutions that bind us all.

On a socio-economic level, the liberal democracies of Europe and the West continue to face threats from opposing sides of the political spectrum. The notion of free market modern capitalism is being questioned like never before, largely down to rising inequality in many of the richer nations. So into this space might step a heroic social impact sector. But things are never this straightforward.

Political and media scrutiny of third sector organisations has certainly stepped up in recent years and it can be hugely frustrating when the organisations working to find solutions to many of the problems we face in society are misunderstood or misrepresented to the public.

Add to this the ever-changing landscape for communications and how new technology is changing the nature of both how we interact with each other and with organisations, and it’s no wonder this era feels like a time of transition. Or perhaps a more permanent time of disruption!

Time to take a fresh perspective on donor acquisition 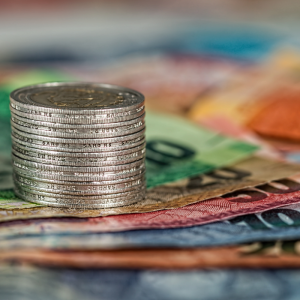 What does all this mean for public fundraising? It’s interesting to observe that set against the macro issues mentioned above, we are now in a time when we need to review how we define and nurture positive, sustainable supporter relationships and how we measure the value of those interactions.

For too long, the focus of much public fundraising – in the UK at least – has been on immediate, short and mid-term returns, with pressure on fundraisers to demonstrate the efficiency of a strict, channel-specific return on investment (ROI).

Active donor acquisition programmes and an efficient payment processing framework in the UK led to unprecedented growth in, manageable regular donations during the first part of this century. Donor recruitment was driven by new and traditional media, most latterly digital. However, despite the additional billions generated for wonderful causes and the millions of people introduced to giving during this period, the drive for volume at low cost was unlikely to remain sustainable.

Of course, if you are still enjoying the boom time you may have little time for this spot of horizon scanning, but my assertion is that a fresh perspective is required either now in certain markets or soon in others.

As Kyla Shawyer, The Resource Alliance Chief Executive rightly said in her recent blog for Fundraising Europe, the old model of social change is broken and transactional fundraising based on shallow interactions is no longer working. I couldn’t agree more.

The fact is that every conversation or interaction with a supporter or potential supporter has multiple opportunities in terms of donations, but also across a range of other activities. And while regular gifts are still hugely important and significant, it’s not the only option and it’s not always right for every supporter. The ability to offer payment choice and frequency in a fragmenting market is more important than ever.

So where else could those conversations lead? It might be a case of signing up event participants or recruiting volunteers, providing information about services or even starting up conversations about legacy giving. Or simply finding out more about potential supporter motivations so they can be better acted upon subsequently, beyond the initial dialogue or approach.

If we stand back and take a broader view, what does a successful interaction looks like? It means thinking more imaginatively than a standard campaign-led approach with narrow targets and instead offering a range of options to build engagement around supporters’ interests and preferred interaction. Identifying how they want to hear from a charity in future, what support they can give and what activities they can get involved with. Perhaps the initial dialogue builds to greater commitment further down the line and is not an end in itself?

So we need to recognise the value in all dialogue, not just those interactions that end with a donation. And that means assigning KPIs and targets that encourage and reward the right type of interactions; those that create real rapport and initiate deeper and more longer-term relationships. None of this is new. Indeed the same themes very were often discussed albeit against a different socio-economic environment 20 years ago. But it was pushed to the background in the UK for too long. Other markets can learn from this now.

Why is this so important? First are foremost, it’s about trying to better understand how people want to support and interact with 21st century charities whilst focussing more on the idea of lifetime value as opposed to channel-specific ROI. Rather than presenting the public with an off the shelf donation offering, it’s about creating the foundation for future relationships; a sustainable model of acquisition that enables us to meet the needs of supporters and build trust for the years ahead.

Managing Director of HOME Fundraising Ltd. Dominic Will heads up HOME Fundraising – the largest commercial employer of door to door fundraisers in Europe and a group that includes HOME India and creative agency Wisdom Fish. Having managed corporate partnerships at a major UK charity and devised award-winning employee engagement programmes for blue chip companies while working with Charities Aid Foundation, Dominic has worked in the sector for 20 years and is a committed advocate of the sector and fundraising. He is passionate about the importance of Face-to-Face channels and the need to recognise their value and impact beyond immediate financial returns. Dominic is also a Trustee of the Institute of Fundraising in the UK.