There is no ‘average conversion rate’ 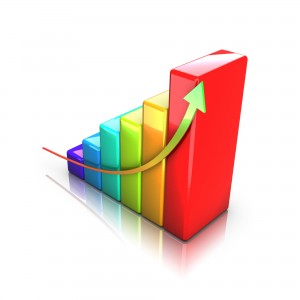 A question that I get asked all the time is, “What is the average conversion rate on a non-profit website?”.

I can’t count the number of times I’ve had this discussion. And my view is always the same — there is no such thing! I get it, the wish for a standard to compare your performance to that of others, I do. But what I’ve found is that such comparison is impossible and, more often than not, hurtful rather than helpful. There are too many variables; it’s almost always apples and oranges.

Like what are we even calculating conversion rate of and from? You would need some pretty damn similar conditions to even make a number work. I’ll get back to this point.

There are reports, of course, from various service providers and studies done. Some say industry standard conversion rates are 18 percent. Some say the standard is 9 percent. Just the big discrepancies between studies should tell us that these are not very useful numbers.

But inaccuracies are not my biggest concern. Wrong conclusions, and wrong investments, are.

Say you know the industry standard conversion is 18 percent — this is calculated from a stand-alone donation page with a form on it, and nothing else. On your form, the conversion rate is 15 percent. So now, you will want to invest in improving it. Is that necessarily the right investment? Let’s do some math. (Don’t worry I’ve done the math, you can just follow along and sing a happy song while I’m calculating):

Original scenario
You have 10,000 monthly visitors to your home page.
1 percent of visitors go to your donation page (100 users)
15 percent convert = 15 donations / signups per month.

Now, say you’ve listened to me and realised that industry standards on conversion rates don’t exist, and you take a look at your whole online donor journey instead. You realise that you could make some changes to your storytelling pages, to get more people on to the donation forms.

This is a simplified example, of course, and I don’t think people who look for conversion rate comparisons ignore other factors. It’s just to show how useless that number is, unless you can be absolutely sure that all other factors have been accounted for.

Too many different needs and goals on different pages

But, some say, what if we look at conversions as a total of all people visiting a page, surely we could compare them then?

Two different types of website, one fundraising focused and one service focused

“But I mean the main donate page”

Listen. The only reason you even think of a main donate page is probably because it hasn’t occurred to most web designers to just put the damn form right there on the home page yet. This is what happens when everyone just follows everyone else’s lead. “Everyone else has a DONATE NOW button in the upper right-hand corner? Then so will I”.

A mock-up of what a page with the form right there on the home page would look like.

Plan Norway has executed some fresh thinking here beautifully, with a really user-friendly and conversational sponsor-a-child form right there on the home page. As has Norwegian Church Aid, with a form in the middle of the home page that changes depending on the current need of the organisation. (You can run them both through Google translate to understand them, but I recommend keeping the originals open, as GT tends to break design a lot.)

Lower conversion rates can be a good thing

Mock-up of a standard Support Us page, with all the options stacked and completion taking place on a stand-alone page

On your typical Support Us page, the standard is to just list all the different ways to give, and then lead people on to stand-alone pages for task completion. Because that is what everyone else does (again, I am simplifying). When I worked at the Norwegian Cancer Society, we changed all this in our redesign, combining one-time giving and regular giving in one form, putting it at the top of the page. All the other ways of giving — in memory, becoming a member, legacies, etc. — were below the form.

Mock-up of Support Us page with the form on top, and other options stacked underneath

Guess what the result for conversion rates on the new page were? They went down drastically. Because our form was now on a page with several exit points, like gifts in memory. An option that unfortunately a lot of people come for if you are a cancer charity. But guess what happened to the number of donors? The number of people signing up for monthly gifts increased nearly 10 times over three years. So again what number should we worry about?

So, should I just never look at conversion rates then?

I’m not saying never look at conversion rates. I’m just saying don’t look for a standard where no standard could possibly exist. I’ve been known to compare conversion rates myself— but only when I know all the other factors involved so that I know I am in fact comparing apples and apples.

Your conversion rate is one of the most important numbers to know — just don’t compare it to anyone else’s unless you know they really are comparable. Look at your whole online donation journey. Identify weaknesses. Form hypotheses to improve them. Test it. Did it give you more donors / lower costs / whatever measurement you decided on in advance? Implement. Conversion rate should be one of many important KPIs you use. It’s not the one holy grail of web metrics it is often held up to be.

Are we good? Can we stop asking what the conversion rate should be now? Thanks.

Editor’s Note: You can catch Beate in action at #IFC2017, happening 17-20 October in the Netherlands, where she’ll present the Digital 101 masterclass; the Digital Forum; and a workshop, “How big is your mission — and can it be bigger?“, with Kay Sprinkel Grace. There’s still time to register!

Beate is a well known international public speaker. She runs fundraising consultancy b.bold out of Norway, but works globally. Beates particular passion is everything digital - she loves to design a donation form just right and watch the money roll in. Before starting b.bold, Beate worked on fundraising and digital communication for the Norwegian Cancer Society.