Dear Fundraiser: What, exactly, is Your “Product”? 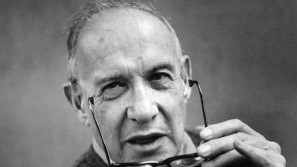 I’ve been reading Peter Drucker lately.  In case you don’t know, Peter Drucker was one of the first management gurus of the 50’s, and one of the most influential of all times.  As Mr. Drucker got older, he turned his talents to nonprofits, first opening a foundation for nonprofit management, and then donating his own time and energy to the social sector. His book, Managing the Nonprofit Organization, first published in 1990, was a seminal work in our field.

In 2005, just after he died, Bloomsberg News posted a fundraising challenge to the NGO world:  “Convert donors into contributors”,  Drucker had said in his last days.  “If nonprofit groups are to acquire more financial resources, those who give will need to feel more like participants.”

So, has this advice from the sage of NGO management held up? Are today’s NGOs creating more – or better – donors using methods of “engagement”?   It’s definitely the buzzword of the social-media decade,  but is it working?  Or rather, how is it playing out?

Care2 has been around a lot longer (since 1998) and has over 21 million members! Not bad, right? No single organization in the world can claim such a big file.  But that’s the point: these are not givers. They are ‘do-ers’, who sometimes also give, or earn credits for their causes, or raise money by walking or riding, which is, well, awesome, dude!! (They are based in California).  To date, Care2 has generated more than 123 MILLION petition signers, and has built a massive and “trusted social action network that empowers millions of people to lead a healthy, sustainable lifestyle and support socially responsible causes.” According to them.  And why not? Sounds good.

Avaaz, however, is the much newer and much hotter “engager” right now. From its Wiki page, its stated mission is to “close the gap between the world we have and the world most people everywhere want.” Avaaz operates in 15 languages, and says it has acquired more than 17 million members in 194 countries (in less than half the time of Care2).  According to The UK Guardian: “Avaaz is only five years old, but has exploded to become the globe’s largest and most powerful online activist network.”

Well, awesome as well. But while Avaaz may have 17 million members, according to their last donation request to me, they have only 40 thousand monthly donors. That’s 0.2 % (two tenths of one percent) of ‘engagers’ who have become ‘givers’.  That’s low even by DM standards.

So was the late, great Mr. Drucker wrong?  Or did we just mis-read him?

I’d like to think that I am smart enough to figure this out, but as usual, someone smarter than me has figured it out first, and written an article in a famous magazine about it.  In this case, Malcolm Gladwell, who gave us “The Tipping Point” and “Blink” and for marketers, the famous “Spaghetti Sauce” TED Talk of 2008 (which if you have not yet viewed, YouTube it immediately).

In  a recent article entitled  Small Change: Why the Revolution Will Not Be Tweeted, Gladwell says the difference between a “Twitter revolution” and a “real” social movement is that latter is based on “strong” social bonds driven by a leadership and group loyalty, which spiral out into the movement itself, as happened with Martin Luther King and Ghandi.  The real, personal closeness and bonds of its adherents are what nurture and grow a genuine mass-movement.

Social-media-driven “movements”, on the other hand, are based on “weak” ties; no one knows each other, at all, even if they all are “clicking” and “Liking” in the same direction, over the same issue.  That’s why ‘click-tivism’ as practiced by Avaaz is perfect for mass-communications outcomes (like petitions) or even flash-mobs (which are momentary by definition) but do not ‘create’ change; rather, they facilitate and focus what is already there.  This is not to say it is not important.  But as Gladwell points out, taking about Twitter, it is still only a tool, albeit exaggerated in importance by its adherents (“Innovators tend to be solipsists”, he says with no small irony).  Yet clearly, social-engagement activism is of a far lower order than, say, chaining yourself to the fence of a nuclear power plant.

So what does this have to do with fundraising?  I would argue that committing a monthly gift from your salary to an organization or cause shows a fairly high level of commitment by comparison, as Avaaz is slowly learning.  And perhaps it is actually qualitatively different, which is why social media giving has proved so elusive on a scale anywhere near its explosive growth.

Let’s look back.  In the 70’s, fundraisers started “personalizing” NGO fundraising (Mr X, please be a sponsor and save a child). Then, in the 80’s, we tried to ”commoditized” it (donate and get your free tote bag), in the 90’s we “experiential-ized” it (trek northern Cambodia and save a child), by the millennium 2000 we had “life-styled it” (buy now and 5% of your payment goes to charity) and now, finally, we are “digitizing” it (reply to this SMS and buy a meal for this child).

Through all these changes, some core techniques have endured:  Tell stories. Use strong images.  Focus on one issue, not many.  Show the path from support to help or problem solving. Create urgency.  Show solutions.  Show others are helping as well.  This is the “how to”.

But to me, the key question has always been the most interesting, because it is the most consistent:  what, exactly, is our “product”?   Are we selling the child, or the trek, or the ease of donating?  I say, none of the above.

What I argue (and I do, often, especially when at the bar at IFC) is that we are all selling the same thing we have ALWAYS sold, and that one thing is:  hope.

The definition of “hope” on the Wiktionary is “The belief or expectation that something wished for can or will happen.”

And there it is:  fundraising is knowing what the donor wishes for.  It’s what they want to happen.  And as fundraisers, our job is to explain WHY they might want to wish for it.  They might want the child to be saved. Why? Because we wrote about a child who is dying, who doesn’t need to.

They want the tiger to be protected.  Why?  Because we told them that tigers are on the verge of extinction, and less than 2,500 left in the wild anywhere in the world.

That’s our product.  Their money goes to the programs, and they get back…   hope.  Hope that the cause they are supporting, the group or action they are giving too, will make positive change in the world.

Makes it sound so easy, right?   But we know its not.

Hope for oneself and fundraising

Social science has a raft of data that shows that most of us are really quite deluded about ourselves.  Experiment after experiment shows that we are not as smart as we think we are, nor as good looking, or even as good, as people (which is why focus groups tend not to give accurate data when it comes to fundraising – people don’t believe they are not telling the truth).  I think this comes into play in fundraising as well.

Really, I think deep down, people who donate are also looking for, or confirming, their hope for themselves. They want to believe in their own “wishes” about whether they are good people, and about whether the world can be a better place.  Our job is to help them with that, also.

I have no problem with the idea that hope the only thing we have to sell. In my opinion, its the one thing worth all the effort.

Mitchell has more than 25+ years of fundraising and communications experience at NGOs, the first 20 in the USA and the last 5 globally in Europe, East and Southeast Asia and South America. Currently, Mitch is based in Singapore. Experience in all forms of private sector fundraising including Individual, Corporate, Major Donor, Special Event and Legacy. Specialist in individual and membership programs, public direct marketing of all types.

Have been meaning to comment for a few days! The Avaaz monthly giver percentage of 0.2% doesn’t surprise me at all – because as far as I’m aware they do all their asking by email only – and 0.2% is pretty much the average response rate I’ve seen in all the time I’ve been doing email solicitation. It’s a ‘cheap’ high volume method to be sure, but the response rates are in general 10 times less than mail and 100 times less than phone. So Avaaz in this sense is an excellent, if cautionary, example of a single-channel fundraising strategy. I guess they’re OK with it, but one does wonder what would happen if they picked up the phone to some of their most active petitioners?