Chris Carnie is founder of Factary, www.factary.com. He is a researcher and consultant in high-value philanthropy – major donors and foundations. Chris lives in Catalonia and works across Europe with NGOs, universities, cultural organisations, foundations and philanthropists. He teaches the Postgraduate Certificate in Fundraising at the University of Barcelona and is the author of various books.

A meeting I recently had made me reflect on the nature of philanthropy, and thus of our roles as fundraisers. At the healthcare clown organisation in Barcelona where I work as a “major donor” fundraiser, Read more… 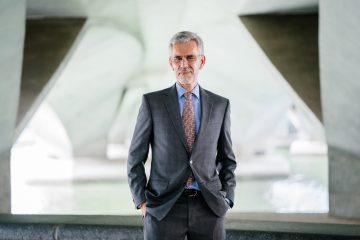 High Value Giving: Everything you ever wanted to know

Chris Carnie and Sophie Vossenaar are leading the Masterclass on “Everything you ever wanted to know about High Value Donors”.

Fundraising in the Middle East: How, Why and What

What image do you have of the Middle East? Watch the television or read the news and you are likely to see bombs and bullets, injured children and the shifting sands of multiple war zones. Read more…

Where are you, fundraiser?

Look at a painting by van Gogh and you see beauty. Look at it another way and you see confusion. Yet another, and you see pain, suffering. That was how it was last month in Read more…

Due Diligence and Major Donors

The Colonel and the College

On 23rd June 2009 the governing Council of the London School of Economics (LSE)  agreed to accept a gift from a group of companies in Libya channelled via the Gaddafi International Charity and Development Foundation, controlled by Saif Gaddafi, son of Colonel Gaddafi the country’s ruler. In July 2009 LSE awarded Saif a PhD in philosophy. This story emerged in the media only after the uprising against the Gaddafi regime began in February 2011.

LSE was attacked in the UK press for having accepted the gift and the controversy grew so severe that by March 2011 the Director of the LSE resigned. The LSE Council later funded an independent enquiry led by Lord Woolf.

As Lord Woolf’s report makes clear, when the gift was being considered Libya was being seen as a potential friend by the West. The UN Arms Embargo had been lifted in 2003 and Libya was dropped from the list of “countries that sponsor terrorism” in 2007. The Colonel had met Tony Blair in 2007. By 2009, Libya was seen as progressing steadily in the right direction.

But just two years later the Colonel had become a reputational risk. The School’s reputation had been damaged, and the Director’s neck was on the block. END_OF_DOCUMENT_TOKEN_TO_BE_REPLACED