Published by Adrian Sargeant on September 30, 2020

Many charities are so wrapped up in the process of doing – delivering, raising income, adapting to the panoply of changing circumstances that can radically alter day to day activity – that establishing a truly philanthropic culture might not be high on the list of priorities.

So what is a philanthropic culture – and does it matter if you have one?

Those immersed in the world of philanthropy may assume they have one by virtue of their nonprofit status. But this isn’t the case. Philanthropic culture is something that must be worked at. It’s something some do far better than others.

While it can encompass many things, the core indicators typically include:

Which brings me to my next question. Does it matter if a charity has a philanthropic culture? The answer, quite simply, is yes. Our report finds that it influences fundraiser confidence, donor retention and, ultimately, revenue growth. In other words, philanthropic culture is a key driver of fundraising performance.

This finding does not stand in isolation – it adds to a growing body of literature that establishes links between organisational culture, and planning and performance. We’re proud to add to this body, and to the growing chorus of voices insisting that philanthropic cultures must become the norm.

While having a truly philanthropic culture remains a challenge for many organisations and is something that clearly can’t be adopted overnight, instead requiring time and investment, there is a case for every charity board and senior management team to review their culture. They can assess what needs to be done to ensure they fully support philanthropy, understanding the critical role of fundraising and ensuring that everyone within the organisation recognises this too.

Donor centricity demands a focus on the real needs of supporters, with communications being developed that target those needs. Attending to the wellbeing of supporters is essential because it’s a “good” in its own right, but also because gifts will follow.

Having philanthropy as a core value requires that everyone in the organisation understands the unique nature of philanthropy and the role they can play in its development, including being able to articulate the case for support. That case should be emotional, compelling and embody the problem the organisation seeks to address, the solution to that problem and the urgency necessary to drive a response.

Boards also need to be cognizant of the role that they should be playing to support fundraising, including offering a personally meaningful gift each year to support the organisation’s work. Doing so sends an immensely powerful signal to fundraisers about how valued what they do truly is. Organisations with a strong philanthropic culture recognise and respect the professionals that conduct their fundraising and they defer to their judgement in the setting of strategy and the setting of appropriate priorities for innovation. They also celebrate the successes of philanthropy in the same way that they celebrate their successes in programme delivery. Both matter. Both are significant.

What our new report delivers is the evidence that culture does indeed drive fundraising performance. In a sense that sounds obvious. In the business world organisations have long focused, for example, on a sales culture, a market-oriented culture or a learning culture, secure in the knowledge that doing so delivers them higher performance. But in the context of fundraising and philanthropy, what drives performance is a culture unique to the voluntary sector – a philanthropic culture.

Now we have the evidence, let this be a catalyst for change – an agenda item for your next Board meeting and an opportunity to further inspire everyone across the organisation with the recognition that they are part of a philanthropic movement. Because a philanthropic culture isn’t just a nice to have – it’s a critical feature of a financially successful nonprofit.

Adrian Sargeant is director of the Institute for Sustainable Philanthropy. He is widely considered the world’s foremost fundraising academic, formerly holding the Hartsook Chair in Fundraising at the Lilly Family School of Philanthropy at Indiana University. He also holds visiting appointments at Avila University and the Australian Centre for Philanthropy and Nonprofit Studies, Queensland University of Technology. Professor Sargeant has published more than 10 books and around 150 peer reviewed academic publications in the domain of individual giving, fundraising and nonprofit marketing.

Absolutely! And the extent to which philanthropy is truly celebrated and embedded as a core value. We should look at what organizations should do, but also quantify the difference that each dimension can actually make to the performance. 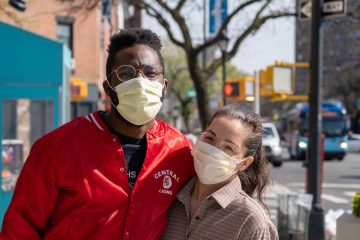 It’s 25 years since our first analysis of legacy giving, when we were commissioned by a group of 13 major charities to produce 20-year forecasts of UK legacy incomes. After 25 years of presenting market Read more…