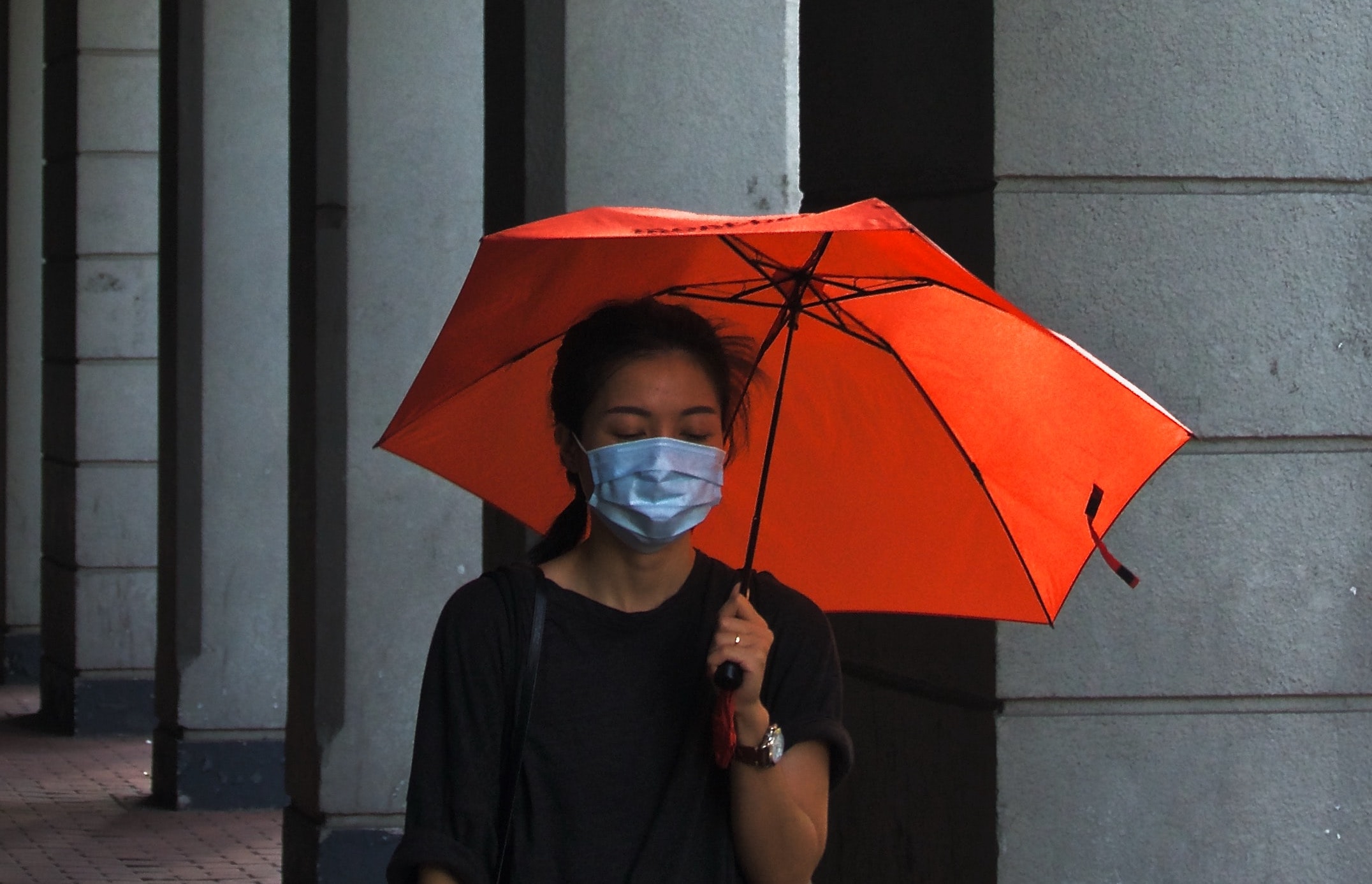 I was hours away from getting on a plane a month ago to meet an Italian friend, Salvatore, in Tel Aviv, when he called to tell me to cancel. He’d been put under house arrest as a containment measure.

Israel’s first Coronavirus case had just arrived from Rome, and the airbnb where we’d planned to meet was now his quarantined home for 14 days. We joked about binging Netflix.

This morning [March 13], I spoke with Salvatore from his home in Rome, where again he is under effective house arrest. There were no jokes.

“It’s like end times here. I’m honestly worried the economy is going to collapse. Nobody can be out in the street, everything has been ordered shut except pharmacies and food stores. It’s bad, bad, bad.”

Salvatore had shuttered his web agency and told his staff to stay home long before the government made that mandatory, and yet he was berating himself for not having done more, not having dropped everything and used his networks and influence to help slow the spread of the virus. How, I want to know, was that his responsibility? But his answer suggested I’d just told a man in a burning house there’s nothing he can do because he’s not a fireman.

His message to me, here in the Netherlands, complacent as he had been weeks ago, was this: Snap out of it. “I want to warn everyone that what’s happening here will happen to you unless you act, and faster than you think. It’s a challenge to every one of us, as if we’re all passengers on a sinking boat. You need to treat slowing the spread of the virus as your personal mission, a civic duty. You’re making choices every day that are going to hinder or speed the spread of the virus, choices that will have an impact on other human beings. Social distancing works, it slows the outbreak, and that’s what makes the difference between a health system that can cope and one that collapses. Here in Italy I’m watching doctors, too few because so many are sick, having to decide who gets the care that determines who dies and who lives. Imagine that psychological pressure…”

What I also heard was the psychological pressure of Salvatore’s guilt: that hollow voice that whispers in our ear every day that there’s an existential crisis requiring our collective and individual response, and no matter how much we’ve done, it isn’t enough.

Coronavirus is climate change on fast-forward

So first, a plea: wash your hands of virus, not responsibility. Take the precautions that will slow the spread. Keep social distance, cancel meetings and travel that are not essential. Share information that’s informative and sound. Don’t panic but don’t short shrift the magnitude of this threat. Being careful is being kind to anyone in a high risk category. As a 60+ asthma sufferer living in a country whose health care system is about to be overwhelmed, that’s a personal plea.

That said, I have some thoughts on how this pandemic could leave some helpful antibodies in its wake.

I believe stories are the operating system of society. That they shape our sense of what’s right, what’s normal, and what’s possible. That they represent a vast collective trove of humanity’s notes to self on how to survive. Events like this pandemic shake the existing stories that explain the world to their foundations, and open up space for new stories that teach new lessons to help us overcome new obstacles.

Coronavirus just might turn out to be humanity’s most important lesson in how to survive the existential threats of our own making.

You can’t spin away an epidemic. One of the reasons the 1918 influenza outbreak was so fast and deadly was the wartime censorship in the US and Europe. Governments not only pretended it didn’t exist, they hid the threat from their own people. Trump can’t out-tweet an epidemic, and despite the horrifying attempt to turn it into yet another deep state / foreign attack, the daily reveal of incompetence in the face of crisis will strain the limits of his strategy of battling every foe with a toxic cocktail of misinformation. The habit of labelling truths you don’t like as “fake news” is about to get its comeuppance.

Lesson two: One of the heroes of this story is science

In 1918, the idea that diseases were spread by germs and viral agents was in its infancy, and dismissed by many as the day’s equivalent of fake news. One town in Spain that shunned the advice of health officials was Zamora, which instead brought people together for nine days of prayer and a ceremony in which everyone lined up to kiss the relics of the patron saint of pestilence. The result was the highest death rate in Spain. Today, the patron saint of irony is coming down hard on every politician who invites the public to ignore the advice of the scientific community — whether it’s to brazenly shake hands in a crowd to prove they’re not cowed or to cravenly attempt to protect economic interests. Science, people: when it guides policy, we win. When you ignore it, it bites humanity in the ass.

Kate Raworth, the author of the fantastically brilliant “Doughnut Economics” tweeted this recently:

And isn’t that it in a nutshell? We’ve all been madly playing Monopoly for centuries now, but if we’re going to survive, the game has to change.

And that brings us to perhaps the most important lesson Coronavirus is teaching us:

The status quo and business as usual are not the unstoppable juggernauts that we imagine.

Covid-19 teaches us both that they are fragile, and that humanity can survive their disruption. As bad as the pandemic is, we’re getting off lightly compared to the horrors that will be visited on our children and grandchildren by the wages of todays dig, consume, and burn model of consumption. Compared to entire countries on fire or underwater, mass starvation and forced migrations, the pandemic will look like a bad cold. If we can change our behaviour to stop thousands of deaths, surely we can do so to stop millions?

Every one of the choices — not to drive, not to fly, not to stop the relentless pace of manufacturing and economic growth! growth! growth! — that seemed hard when the consequence was climate change, are suddenly easy in the face of a threat that kills in weeks rather than decades. Residents of Venice are enjoying clean water in their canals. The skies over Beijing are blue and the air there is cleaner than ever. Let’s breathe that in and think in a bigger timeframe about how the price of economic disruption compares to the price of inaction.

Jonah Sach’s book Winning the Story Wars talks about the importance of “Myth Gaps”: times when an old story, whether it’s the greek gods or the American Dream, stop making sense as explanations of the world. Because the human brain cannot function without meaning, a new story will always rush into the vacuum, whether it’s monotheism or the 99%, as the new explanation of the world.

There’s an old story here that’s dying. One that says we can carry on doing as we’ve always done. That the science is scary yes, but the important thing is the economy. That “the game is still Monopoly.”

The game is Pandemic, and the game skills we need to survive are empathy, communalism, personal action combined with civic responsibility, and the willingness to tell and act on the truth.

“Look for the helpers” was Mister Rogers’ sound advice to frightened children facing catastrophes beyond their comprehension. “There are always helpers.” There are stories of helpers and heroism in abundance right now, if you look. From medical workers pulling 12 hour shifts in Italy to the 9 doctors who flew from Shanghai to Rome, having survived their epidemic, to bring tens of thousands of ventilators, face masks, and test kits to another. The 80 year old British man who found this note in his mailbox:

And the amazing acts of generosity and compassion great and small that reveal humanity at its best being circulated with the #Coronakindness hashtag. They remind us of Homo Sapiens’ resilience and ability to rise to a crisis.

The coronavirus unites us against a common foe in ways that reveal a single, shimmering, hopeful truth: Our humanity can save humanity, and that’s never more evident than when both are under threat.

Brian Fitzgerald is founder and co-director with Tommy Crawford of Dancing Fox, a creative agency specialising in mischief, magic, and mind-bombs for artists and activists, helping to craft transformational stories for a more beautiful world. He spent 35 years with Greenpeace in roles as varied as deckhand and canvasser to hot air balloon pilot and communications director. His resume proudly lists arrest for US Federal trespass at ground zero of a nuclear weapons test. He pioneered digital campaigning at Greenpeace International and led strategies and teams that shifted the environmental practices of governments, corporations, and entire sectors.

So delighted to find you still raising both hell and hope.

Thank you for this inspiring and wisdom-packed ppost.

It’s been decades since I’ve seen you, but I’m sending you a huge virtual hug.

There has been an outbreak of a new corona virus called SARS-CoV-2, which first appeared in December 2019. That virus has spread to most countries around the world, including the United States. .

Yes, during the coronavirus epidemic, the issue of immunity and maintaining good health is very important. I am constantly exercising and eating a strict diet but still got sick six months ago. At chattem I was given a prevention plan and so far everything is going well.

Yes, during the coronavirus epidemic, the issue of immunity and maintaining good health is very important. I am constantly exercising and eating a strict diet but still got sick six months ago. At chattem I was given a prevention plan and so far everything is going well, contact them at https://chattem.pissedconsumer.com/customer-service.html.