Technology is changing how people give after a disaster 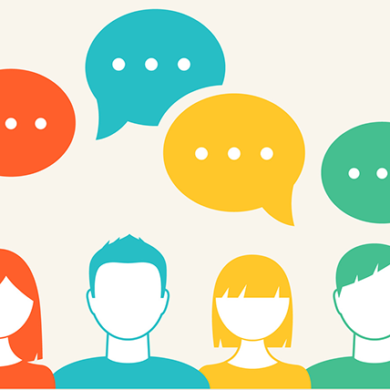 The recent response to the hurricanes that have caused such devastation in the US and the Caribbean is a reminder of the role charitable giving plays in disaster response efforts. Individuals responding to the needs of others is not new, but how people give is changing in many ways. Surprise — the Internet and technology are now playing a larger role than ever in how nonprofits and their supporters interact in times of crisis.

What happens when disaster strikes?

Here is what we know: When natural disasters and other major episodic events take place, people give to help other people. This type of disaster response giving can be traced back over 100 years to the 1889 Johnstown flood in Pennsylvania, which was the first major peacetime relief effort for the American Red Cross. We also know that disaster donors, also called episodic donors, often give in the moment. We know that theres no evidence that disaster giving decreases other charitable giving by those same donors. We know that these episodic donors are very difficult to retain as long-term supporters. This creates a giving dichotomy. Donors that give in support of disasters dont give less to the other charities that they support, but they dont necessarily continue giving to disaster relief organizations.

Blackbaud has analyzed online disaster response giving as far back as the Sept. 11 attacks in the US in 2001. By analyzing a large amount of online giving data, we uncovered some key insights and patterns. Our analysis found that online giving is the first response channel of choice for donors when disasters and episodic events happen. Ever since the Indian Ocean tsunami in 2004, which was really the game-changing moment for online giving, donors go online after major disasters in massive numbers. Blackbaud has also identified a phenomenon where online giving peaks within three days of the disaster or episodic event. After every major natural disaster or episodic event since 2004, the peak of online giving took place within three days. Even the Ice Bucket Challenge in 2014 had its peak in online giving over the course of a three-day period.

Now, you might be asking: Why do people choose to give online when a natural disaster or episodic event takes place? Its not just because they are asked. The rise of online giving in response to disasters is the result of a convergence of consumer and technology trends since 2000. If you look at trends from the Pew Research Center about online, broadband, dial-up, online banking, cell phone, smartphone, and social media and overlay several major disasters, then a pattern emerges. Current online response trends emerged from the growth of all these things combined with nonprofits efforts to engage prospects and current supporters online.

The 2004 tsunami was the tipping point for online disaster giving because Internet usage had just surpassed 60 percent of adults in the United States and broadband use had eclipsed dial-up. Additionally, online banking was finally in use by nearly half of Americans. Donors had access to high-speed Internet and they were comfortable making financial transactions online. When the disaster happened, everything was in place to drive online giving in unprecedented amounts. Fast forward to 2010 and the Haiti earthquake. Text-to-give drove millions of dollars in donations because of the convergence of online, mobile, and social usage. Every single disaster since then has seen a significant amount of online and mobile giving. And this response to natural disasters is not just a phenomenon in the United States: Giving in response to the Nepal earthquake in 2016 and the Ebola outbreak in 2016 also saw a huge amount of online activity.

What is the impact of recent disasters on online giving?

We are still in the early stages of measuring the impact of online giving in response to Hurricanes Harvey and Irma., but there is some early data worth noting. The Blackbaud Index analyzes $3+ billion in online gifts in from more than 5,400 nonprofit organizations in the United States. Through August 2017, online giving is up 9.6 percent for the same organizations compared to August 2016 on a three-month rolling average. Online giving to human services nonprofits was up 13.8 percent, and digital donations to international affairs organizations were up 9.5 percent in August 2017. Keep in mind that these trends are measured on a three-month rolling average; this is done intentionally to smooth out spikes from things like episodic giving. Also, it is worth noting that Hurricane Harvey did not make landfall until Aug. 25, and Hurricane Irma did not make landfall in the United States until Sept. 10.

Blackbaud would expect more pronounced changes in the data to appear in September 2017. And since giving options have proliferated across the web to platforms like Facebook, Google, Dropbox and a variety of places other than a nonprofits website, it will likely take more time to see the full results of giving to these disaster relief efforts. Until then, we know that a tremendous amount of online giving did happen in response to these storms, and that trend shows no signs of slowing down for future major episodic events.

Editor’s note: You can catch Steve at #IFC2017, where he’ll be presenting a workshop titled “Big data, AI and unicorns,” and taking part in the Digital forum: Edge of tomorrow session. There’s still time to register!

Steve is the Vice President of Data & Analytics at Blackbaud and the best-selling author of "Data Driven Nonprofits". He has been featured as a fundraising and nonprofit expert in The New York Times, The Washington Post, USA Today and The Chronicle of Philanthropy, and on National Public Radio. Steve served on the board of the Nonprofit Technology Network (NTEN), is a frequent keynote speaker, and is an adjunct faculty member at Columbia University.

Digital mobilisation during the Covid outbreak – Messaging and Tactics

The Covid outbreak has created a sudden need to rapidly scale up digital advocacy and/or digital fundraising for a number of the organisations we work with. They’ve had to temporarily shut down the offline channels Read more…

Last week my colleague Simona Biancu asked me to reflect on her thoughts about how coronavirus will impact fundraising in Italy, which she published on this blog last week. Curiously, even though our conversation was Read more…

#Coronavirus & NGOs: What content are we sharing in social isolation?

Our words, videos or photos are evidence that our behaviour is changing as the world faces this new global crisis.  And while efforts are being made to prevent the spread of the virus, it has Read more…