Should there be more mergers in the NGO sector? 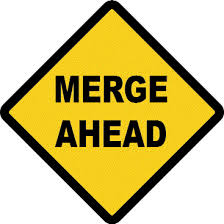 I remember a particularly lively IOF conference debate really clearly, even though it was 20 years ago. The argument thrust itself around the theme that “Charities exist to put themselves out of business”. It’s a compelling argument, but yet so much of our sector’s reporting is set against growth.

Of course, growth (operational services, fundraising income, brand recognition) can be (and usually is) a strong indicator that the charity is doing more for its beneficiaries, and a well-governed and organised charity will be able to demonstrate the difference or the impact they are making to the lives of their beneficiaries as they grow.

But continual growth is hard. Hard when the very essence of public trust in charities is being scrutinized. Hard when localism, populism, globalism (and probably several other “isms”) are doing strange things indeed to the very notion and role of care and nurture. And hard when fundraising investment budgets are being squeezed, wrung out and left to dry for a more settled day. It’s obvious many highly talented fundraising directors are scratching heads on how to achieve the same sustainable, long-term income demands with less available resource in an unbaiting competitive market.

So, is it time for mergers to be back firmly on the table? Should they be part of a charity’s forward-thinking strategy? Pooling resources, making efficiencies? The data analysis of past mergers presents logical sound arguments for doing so. And this has been backed up with a decade of policy comment, advice and guidance. Mergers make sense, the guidance says. So why are there still so few, just 50 or so each year out of a total register of 163,000 registered charities?

Back in 2004, I project managed the merger to create CLIC Sargent, a bringing together of two successful (and both fast growing) children’s cancer charities. Important factors were at play. Both charities complemented (rather than competed against) each other – differing operational services and fundraising disciplines, meaning the actual mechanical process of merger was relatively straightforward. The jury’s out on whether complementary or competing services should drive organisations together. I’m not sure it matters, as long as a logical (and more efficient) outcome of providing better services for less can be reached.

But most important for the successful CLIC Sargent merger was the mindset of trustees and staff alike. From the outset, the merger was completely framed around the needs of children and their families – our internal and external merger communications had the laser-vision focus of why merger was the right thing to do for children with cancer. Backed up with proper, robust commissioned research laying out the benefits for beneficiaries.

Otherwise, human dynamics, personalities, (basically just people) potentially get in the way of doing the right strategic thing. Personal attachment to the respective charity’s brand has been the stumbling block for too many failed mergers. It was almost thus with CLIC Sargent – an 11th-hour co-joining of name brands was the obvious (perhaps clunky?) solution. Volunteers (whether as chair, trustee, donor or operations) have a deep-seated identity with the charity’s brand, its ethos, its culture. A potential merger disrupts and threatens that deeply personal bond, and an emotional response can often prevail.  For staff, there is a fear of losing one’s job or position. Particularly so at a senior level, when jobs are likely to be merged. A CEO or senior management team usually have no financial incentive to counter lack of future job security and so many will be wary.

A merger has significant process and governance activities; but it’s the “hearts and minds” messaging that delivers success. Taking ALL stakeholders on a compelling, confident journey. This is the key to successful mergers – when everyone intrinsically knows merger is the right thing to do. The heart and the head working together.

This is the absolute reason therefore for good data and evidence around any potential merger. Good charities work hard to ensure they can show a clear link to the work they do to the difference they make to the lives of their beneficiaries.

We need to do the same for the merger agenda. Our charity leaders need to be bolder in presenting the rational reasons for exploring potential merger, but as part of the overall, compelling, charity’s story. Our charity sector thrives on effective partnerships, and a potential merger should be seen as one such partnership model.

The increasing pressures on charities (and especially on fundraising income) give the sector a bold opportunity to explore the potential for mergers and formal partnership working. Doing so will ensure we are being true to meeting the needs of our beneficiaries, rather than just focusing on a growth agenda.

Myles Bremner is a senior consultant at THINK, the leading international consultancy dedicated to not-for-profit fundraising. The THINK website – www.thinkcs.org - provides a wide range of insights and information for anyone interested in changing the world.

Hi Myles, really enjoyed reading the blog. Although a little dated now, I remember reading an article on third sector which stated most charity mergers should be classified as takeovers as in most cases a new organisation isn’t actually formed.

Perspectives on Corona Virus from a Fundraiser: Another Voice From Italy

After months of public debate and even political action in an attempt to discredit the whole non-profit sector, solidarity and of organized altruism in Italy, there are now dozens of benefactors who are donating generously Read more…

#Coronavirus & NGOs: What content are we sharing in social isolation?

Our words, videos or photos are evidence that our behaviour is changing as the world faces this new global crisis.  And while efforts are being made to prevent the spread of the virus, it has Read more…