A Woman’s Place is in Second 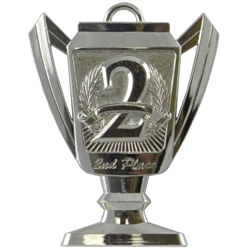 For you, Margaux, a story of donor motivation that’s been in my head and heart, and charmed me for years. I offer it now to you as we, like this donor, scratch towards some kind of gender symmetry.

Rich/poor, dog person/cat person, male/female: what we all have in common is that so much of what drives us in adulthood comes from experiences we had or survived as adolescents. Years and year ago, in the great room of his cottage (behold another July blog post involving a cottage or dock(do you miss Canada in the summer, Margaux?), a donor gave me a glimpse into a defining time at his private boys’ school, which also shaped his giving:

Grades nine through eleven, I ran in the annual cross country race at Bishop Ridley College with everyone else. Predictably, I’d never won any athletic competition. I’m just way too klutzy and slow. Amazingly, I came in second! It cannot be explained. Not only did I come second, but there was a PRIZE for it: I received the Jose Ordonez Trophy for Second Place Senior Boys Cross-Country Race.

onez established this prize after he was at the school during WWII. I don’t know what motivated him. When I saw the prize list several years later, I noticed the Ordonez prize was not endowed. The school advised me they’d asked him to endow but he declined, preferring instead to send in $100 every year for the keeper trophy (a glass-bottomed pewter beer stein).

I didn’t want the prize to fail when he died – it meant that much to me to have received it – so I offered to endow it.They asked Jose, who agreed. (I even wanted to maintain the original Ordonez name, which surprised everyone). But then he went and endowed it himself. Now, it was doubly capitalized and, in my mind, clearly a waste of resources.

Since I left Ridley, and after admitting only boys for more than 100 years, the school had opened up to girls. But there was no comparable Ordonez prize for girls. So I suggested to the fundraising office they use my money instead to endow the Second Place Girls’ Prize. “But we don’t have a first place”, they countered. “Too bad”, said I. “Use my money as a matching gift challenge.” And do you know they did, and someone established a First Place Trophy for Girls! And mine remained, firmly and proudly, Second Place for Girls.

Remember, I was so pleased there was a prize for second (well before the gold, silver, and bronze prizing for the first three became the standard), and since I had no relationship to anything first place, I thought it better that I take the route less traveled. So, my Second Place Trophy for Girls was the catalyst for the First Place Trophy for Girls.

I’m rather pleased about that. Here’s another one for you. There was a rowing award for most valuable oarsman. Nothing for the women. So now there’s a trophy for the most valuable woman oarsman (I hate the word oarswoman – right up there with chairperson!).

And so, dear Margaux, with these two endowed prizes, our donor sated three ambitions: he purchased notoriety (“because I wasn’t good enough to win it!”). He supported the school he loves (“I do love the ‘in perpetuity’ of endowed funds.”). And, lastly, addressed a wrong or, at least, a deficiency. “I’m all about hastening equality in a school catering to boys for 125 years of its history.”

Rebecca Davies is incoming Chief Development Officer of Save the Children Canada. As past director of fundraising for Médecins Sans Frontières (MSF) Canada, from 2007-2014 she lead a team that in seven years increased private revenue from $19 million to over $50 million. Prior to joining MSF, she held senior fundraising positions in some of Canada’s top hospitals and the University of Toronto. Her current volunteer passion is the Ripple Refugee Project, where she and a group of concerned Torontonians are sponsoring and settling five Syrian families over the new few years. Rebecca’s an active musician (French horn), plays hockey and golf, and very proudly is on the executive for and was the inaugural blog post contributor to 101fundraising.org.

Another reinforcement of the adage, “Perspective is everything!” Until we see the world through new eyes with different understanding, it will remain a mystery how to create meaningful change and, as fundrasiers, how we can connect with others to see the changes they have not dared to dream about making. Awesome story with that *silver* lining showing the way. ;)