Read this only if you want to change the world!

When Reinier called for someone to write a last-minute blog yesterday, I had coincidentally just purchased a book on social marketing. I have been interested in the subject for some time, but the discussion on the recent 101fundraising blog about donor centered fundraising and public perception really made me think more about how social change organisations leverage donors.

Think about it – our donors are so much more than

financial benefactors. They are consumers. And they are, above all else, consumers who feel strongly enough about the work we are doing to actually fund it. In fact, their financial behaviour proves again and again that they share our vision so strongly to actually invest in it. So how many organisations are actually utilizing donors to affect social change?

As fundraisers we have a tendency to keep using the same topics that score the best in terms of response and income. And besides occasional tests, we shy away from talking about the more difficult, longer-term or more complex areas of our work – either because we think we will fail to properly tell the story and convey the urgency; or because assume that in a saturated charity market, donors will perceive another “simpler” issue as having greater priority.

And I completely understand, and in some cases agree with, a choice to stick with the “safe” topics. Sometimes. But what I propose is that we take the idea of “donor centered fundraising” even farther, toward “donor centered engagement” in which we see our donors (and all constituents, in fact) as critical agents of social change.

There are a few comments on the last blog (which, by the way, has turned into a great discussion) that underpin the need for us to take the donor relationships a step further:

How true! And if you don’t believe donors en masse have tremendous transformative power, I refer you kindly to two events in very recent history: Komen vs Planned Parenthoood and the recent defeat of the Stop Online Piracy Act (SOPA). You can also read here about a handful of other fairly amazing victories that consumers have acheived recently via Change.org.

When we want to change something, it’s our donors we reach out to first. They are on the front lines and carry the water. Let them be the spark that lights the firestorm!

Thus, consider the idea that you reach out to your donors on a difficult issue, and that from an income perspective, it performs more poorly than an “easy” issue. I realize that this may be a painful proposition for a fundraiser, but think about it more broadly:

But there is an even greater win when you ask and empower donors to be a part of the change: you get that much closer to victory with the shared momentum of individuals who really, passionately care about your mission.

What are some examples of how you use your donors to help achieve your program goals?  Let’s hear it!

p.s. After writing this blog, I happened to see this article in the Chronicle of Philanthropy this morning about a nonprofit using video stories of homeless to inspire donors to take action. What a great example! So what are you doing? And what could you be doing?

Sarah is a Dutch / American fundraiser who has worked for animal protection and human rights organizations for more than 15 years. Since 2015, she heads up the Fundraising department at Save the Children Netherlands. She also (tries to) write occasionally and connect with other fundraisers frequently (especially over a beer).

Great blog Sarah, thanks! I definitely agree, your donor base includes some of most committed people to your cause, so use (or better involve them) to achieve the social change you’re aiming for. That won’t be true for all of your donors of course, so again, it’s crucial to gain a better understanding of your donors. Know who only wants to be updated on the more ‘easy’ issues, and know who wants to be involved, want to know more about those complex issues. Know who would also like to support social change, and how.

To me, it all boils done to one thing: stop the silo’s, stop the labels, get to know the people that are committed to your cause! We still see organisations that have seperate departments for their volunteers, another for their donors, another for their activists for social change. Where these people themselves don’t strictly see theirselves as one or the other. They are committed (one more that than the other of course), and there definitely will be people who are also willing to organise a fundraiser. Or sign a petition. Or …
In other words, become a partner of your organisation. To change their world. The key is to find the way how they want to support.

Great point, Ellen. In our (my!) enthusiasm for social change, it is important not to let go of fundraising basics: segmentation, targeting and testing. And first and foremost, getting to know and respecting the wishes of our constituents.

Great arguement about breaking down the silos. Do you have a suggestion about how we can do that in practice?

And finally, this is naturally an issue that is very relevant for organisations working for a better environment, animal welfare, human rights, etc., but is it also relevant for health organisations such as Hartstichting (the Dutch Heart Foundation)?

I love this concept! I’ve been collecting examples of how organizations have engaged donors more deeply without it being ONE MORE THING to add to already full plates. It’s a matter of having them actually DO our work with us — through focus groups, disappearing task forces, connectors, or helpers with more sophisticated tasks like strategic thinking, IT or communications strategies, becoming citizen scientists, and more.
I’ve made a list of all the excuses I hear organizations use for not engaging donors and am purposefully coming up with ideas that overcome those barriers. One excuse is that the donors may not live in the same community. Another is that the mission is far away (Africa, etc.) Another is that we must protect the clients’ identities (domestic violence, homelessness, child sexual assault, etc.). Or our donor pool is made up of primarily introverts who don’t want to get together for gatherings.
I’m working on a living document, as opposed to a book, called “Money Follows Engagement” that lists all the ways to get around these blocks, but the main thrust of it is to not see our donors as “volunteers” who must be “managed” but as kindred spirits in the cause, who are longing to live out their values by being more deeply involved in our work. Keep up this conversation! It’s very necessary.

What a great idea, a “living document”! The excuses that you point are are another indication of the need for a shift in the way that organisations think about donors. Sounds like you are doing great work on this issue with your clients, and I would love to get a copy of that document! :-)

First of all thanks again for stepping up to the plate and come up with a great blog post within a day!

When I wrote the text you are quoting in your blog post, I was thinking of my former and current employer, Médecins Sans Frontières and Greenpeace International. Where with MSF the donor/charity relationship is in general constructed around the financial relationship, with GPI it goes a step further, due to the activist nature of the organization.

“Around the world, people from all walks of life come together under the Greenpeace flag to spend their free time fighting for the environment. From pensioners infecting others with our belief in non-violence to students organising to steer the world away from fossil fuels – our volunteers are the face of our family.

With creative local actions for the planet they positively affect their communities, their countries, and, ultimately, the world at large. Without them, Greenpeace wouldn’t be Greenpeace.”

And this is where we see a huge strength of Greenpeace: engaging with (financial and non-financial) supporters to mobilize them and become activists to achieve our common goals.

Check out the most recent victories, that we could not have done without the collective power of our supporters:
– Facebook friends renewable energy
– Mattel drops deforestation (see below video!)
– H&M, Adidas, Nike and Puma have committed to Detox
– Princes changes its Tuna
(More victories: http://www.greenpeace.org/international/en/about/history/Victories-timeline/)

Greenpeace is obviously the classic example of leveraging donors. I had you guys in mind as an ideal when writing the blog. :-)

In particular I was thinking about some organisations I have worked for in the past that have been afraid to discuss important issues of consumer behaviour with donors for fear that they would percieve our work as “confrontational” and stop giving. I personally think that we should respect donors enough to be honest with them about the work we are doing and give them the choice and the tools to respond in whatever way they see fit. For some, that means changing their own behaviour. But they will never know the importance of their own choices if we don’t tell them!

So I will continue testing how we can best convey the change needed, and continue using Greenpeace as an example! Thanks again!

I completely agree that engaging donors in ways beyond asking for cash donations is imperative to building a long-lasting and committed relationship. I get frustrated when I’m told that ‘spreading awareness is not part of my job as a fundraiser’. I understand this statement but I think it pulls us apart from the core reason we all got into this business, and that is to make positive change for the issues closest to our hearts.

I am a passionate donor for animal welfare charities and although I donate, I am unable to give as much as I’d like. I really appreciate being able to sign petitions and spread the word about issues I care about. It makes me feel more involved – as though I’m making a difference – and as a donor, I find it equally as gratifying as giving a cash gift. I also rely on my chosen charities to keep me up to date on the issues that I care about. I like to be in the loop.

And I’m assuming I’m not alone in this.

In fact, by asking me to sign things or spread the word, the charities aren’t only getting my donations and support but perhaps getting signatures from my friends who aren’t donors, and in best case, leveraging donations from those friends who might never have done so otherwise. Getting your donors involved in your cause and helping them feel connected might just be the most important tool of fundraising.

Other than a good story, have you ever wondered what makes one fundraising campaign more successful than another? The “magic bullet” of olden times, which you can quickly apply today – even if you think Read more… 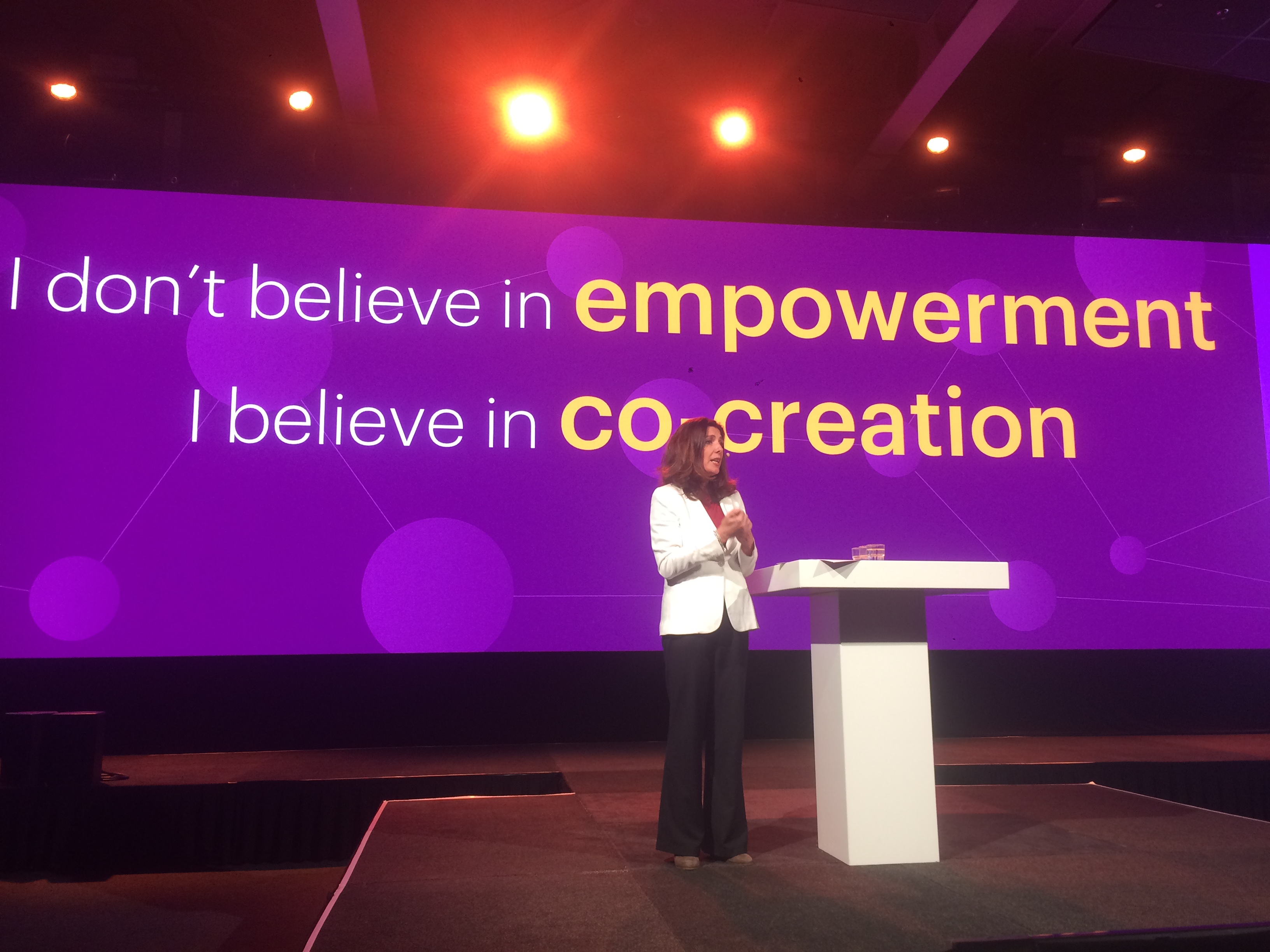 IFC – The End of Fundraising as we know it

It’s been a month since the IFC 2018 has ended. The danger is always to return to ‘business as usual’. However, more than ever this year indicated the start of a new era. Fundraising will Read more…