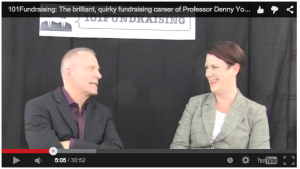 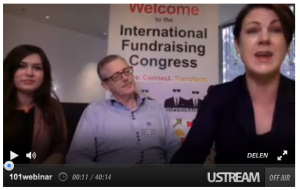 About the 101fundraising webinar host

Rebecca Davies is VP, Fundraising, for the Mozilla Foundation. As past director of fundraising for Médecins Sans Frontières (MSF) Canada, from 2007-2014 she lead a team that in seven years increased revenue from $19 million to over $50 million. Prior to joining MSF, she held senior fundraising positions in some of Canada’s top hospitals and the University of Toronto. Her current volunteer service includes sitting on the board of directors for Circle 21, and co-founding the Friends of High Park Zoo. Rebecca’s an active musician (French horn), plays hockey and golf, and very proudly is on the executive for and was the inaugural blog post contributor to 101fundraising.org, an award-winning crowdblog on fundraising.